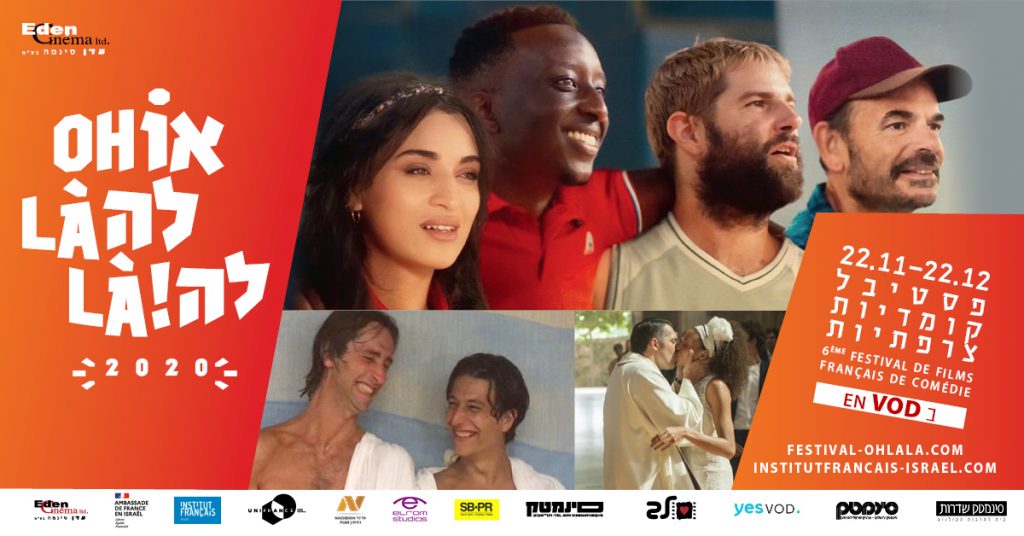 Sea, Sex and Sun, is the recurring refrain in Serge Gainsbourg’s eponymous song, and it is the perfect anthem for Les Bronzés (1978), setting the mood for the film from the start. Patrice Leconte’s satire of holiday resorts, also known in English as French Fried Vacation, has become a cult classic. Le Splendid, a collective of writers and actors who worked together in the 1970s originally created it as a café-theatre piece, then adapted it for film, with many of the Le Splendid writers playing central roles. Josiane Balasko and Gérard Jugnot are Nathalie and Bernard Morin, a couple who experiment with opening up their marriage while on vacation, with some mixed feelings. Marie-Anne Chazel is Gigi, a free-spirited young woman who is out to have fun. Michel Blanc is hilarious as the unlucky Jean-Claude Dusse, for whom nothing ever goes right during the entire vacation. Thierry Lhermitte is the handsome Popeye who works at the resort, and finds time for fun as well. Perhaps even more handsome, and just as popular with the women is Christian Clavier as Dr. Jerome Tarere, who wears his tiny bathing suit disconcertingly low. The official games and entertainment organized by the resort are rivaled by the less formal amorous antics of the guests and hosts, all depicted with a very astute and empathic understanding of humans in love and lust.

Every year, the festival features a film with the inimitable Louis de Funès, this year it is L’aile ou la cuisse (The Wing or the Thigh, 1976), directed by Claude Zidi. Louis de Funès stars as Charles Duchemin, of the discerning palate, who writes the famed guide to restaurants. Reputations and careers hang in the balance as chefs and restaurant owners await the publication of each new edition with bated breath, wondering each time someone enters whether they are one of the guide’s undercover food critics. Complementing the wonderful, zany, expressiveness of De Funès (watching his face as he tastes the various dishes is a delight!) is Coluche as Gérard, Duchemin’s son and reluctant successor. Gérard has his own plans, which he pursues while trying to keep his activities a secret, yet this is not the only intrigue afoot. Duchemin must contend with his arch-enemy, Tricatel, who sells mass-produced low-quality food. It’s tremendous fun.

A more contemporary offering is Les Tuche 3, the third film in the popular saga of the working-class family who won the lottery and got an instant lifestyle upgrade. Jean Paul Rouve (who co-wrote the script with Nessim Chikhaoui, Julien Hervé, Philippe Mechelen and Olivier Baroux, who also directed) stars as Jeff Tuche, father of the quirky tribe, who is excited to learn that the high-speed train will stop in their small town of Bouzolles. Unfortunately, it does not stop, but zooms right on. Frustrated in his attempts to reach the President of France to report this unjust slight, Jeff decides to run for president. Having experienced several elections in Israel this past year and observed the recent US presidential elections from afar, the screening of Les Tuche 3 is very timely. The scene in which Jeff debates the President is so funny and bizarre, it may remind viewers of debates in real life. The Tuche family is colorful, noisy, and mostly well-intentioned, if lacking in refinement. The humor is very broad, yet very popular, because, after all, who doesn’t like French fries?

The festival is an excellent opportunity to revisit beloved films such as The Intouchables (2011) from the creative team of Olivier Nakache and Éric Toledano. François Cluzet portrays a wealthy quadriplegic who hires street-wise Omar Sy as his caretaker in this heart-warming film. More from Nakache and Toledano –  C’est la vie (Le sens de la fête 2017). The film follows the travails of Max (Jean-Pierre Bacri) who heads a party-organizing company in Paris. The current gig is a stylish wedding reception to be held in an 18th century chateau, appropriate ambiance included. Unfortunately, things do not go quite smoothly with his staff, and mayhem ensues. One of my favorites is Mohamed Hamidi’s La Vache (One Man and His Cow), in which Algerian farmer Fatah (Fatsah Bouyahmed) takes his beloved cow Jacqueline to the Salon de l’Agriculture in Paris. Hamidi’s Jusqu’ici Tout Va Bien (New Biz in the Hood 2019) explores social issues in a more urban environment.